Carl Schmitt’s library, which in 1945 contained an estimated 6,000 volumes and which in that year was described by the expert Karl Loewenstein as “invaluable” because of its completeness on public law of the Weimar period and the Third Reich, was confiscated by the American occupying forces in October 1945 and not released until 1952. It was then decimated by major and minor sales beginning in 1954. Schmitt retained a core stock, which today, increased by acquisitions after 1945, can be found in his estate in the Landesarchiv NRW Duisburg.

Selected Illustrations from Books of the private Library

Reconstruction of the private Library

The title list offered here attempts a reconstruction, which, however, is – appropriate to the publication form Internet – under construction. It suffers from the fact that not all sales are documented, and that of those for which there were lists, these are not known without gaps. Especially of the most important sale, that by the antiquarian bookshop Rolf Kerst in Frankfurt/M. in 1954/55, only one of a total of four sales lists has been found so far.

Likewise, the catalog that the Legal Division of the American military government prepared of the confiscated Schmitt Library in 1946 has not been preserved. In addition, it should be noted that the entries (dedications!) are also listed only very incompletely. If the following list is published despite these gaps, it is also in the hope that it will give rise to further references, so that it can be successively supplemented. Those titles for which the whereabouts of the copy are not known are italicized. For the history of the library, see Martin T i e l k e, Die Bibliothek Carl Schmitts, in: Schmittiana N.F., 2011, pp. 257-332.

Please send any information on further copies from the Carl Schmitt library to:

Current status as of September 2021 (pdf) 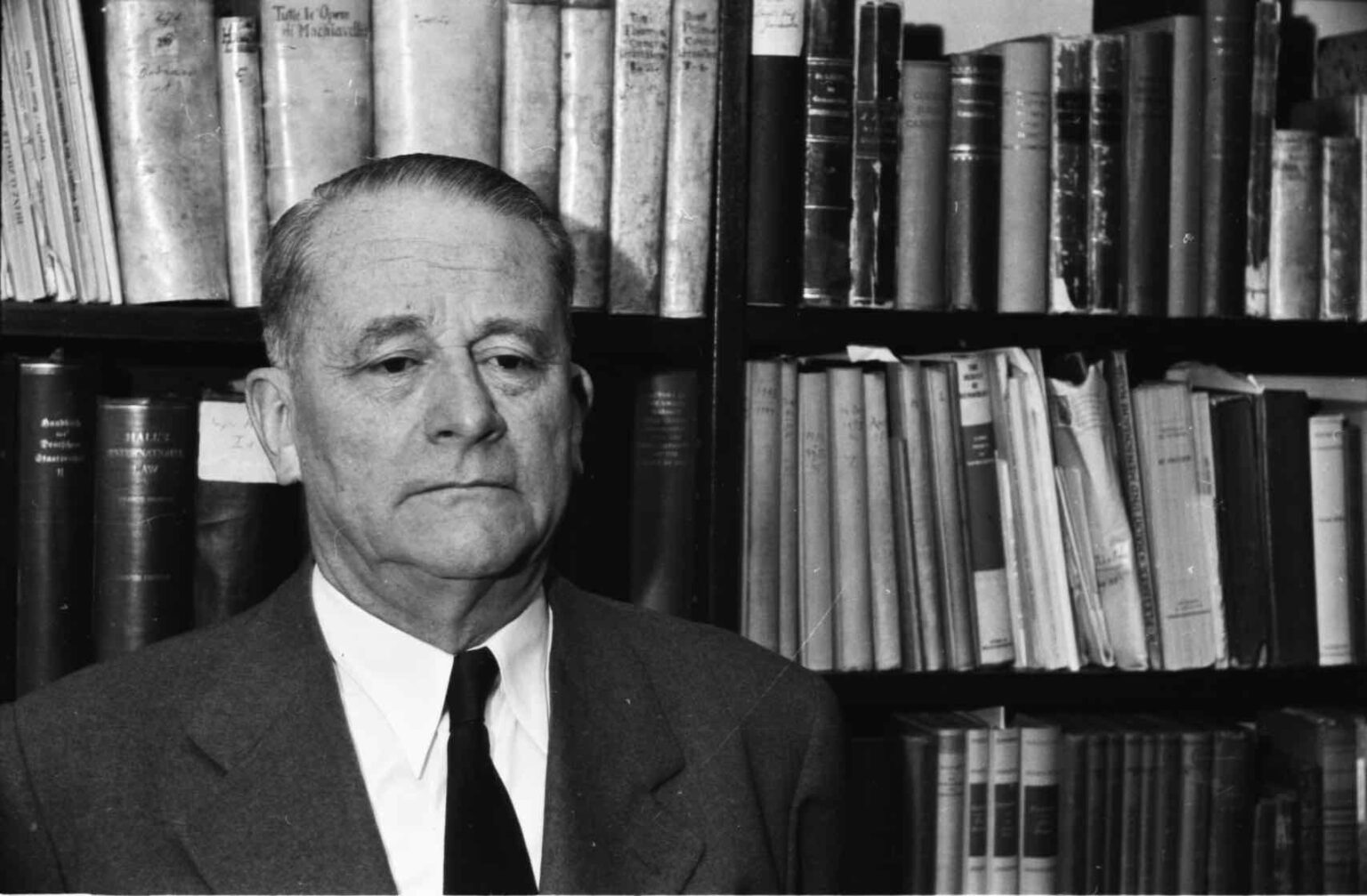